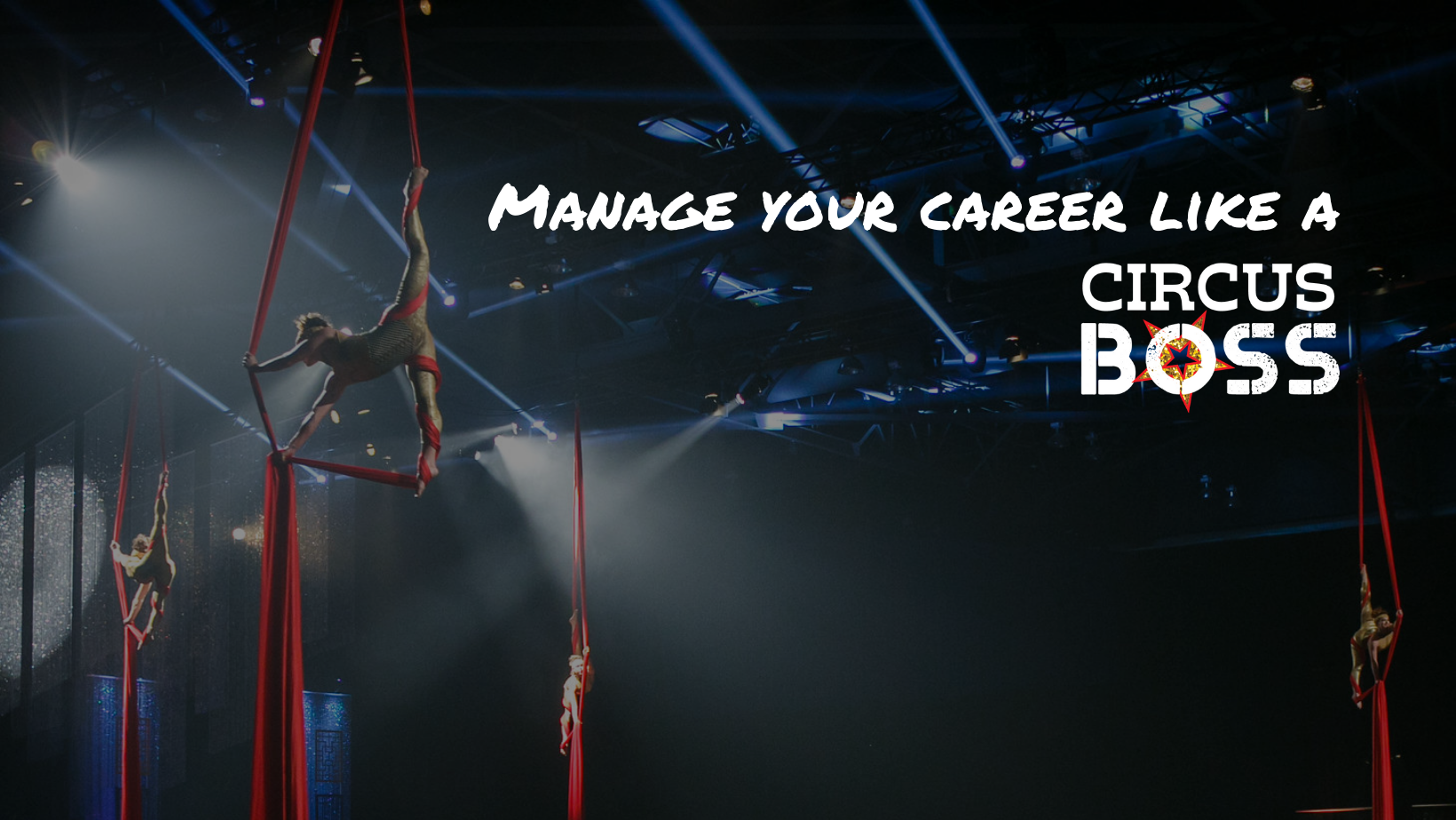 Are you a circus artist AND an entrepreneur?

If you're running a business as a freelance performer, managing an entertainment company, or running an aerial or circus school, we're passionate about helping you:

Stand out from the crowd

Our online courses, quarterly live workshops and personalized coaching will give you the tools and strategies to bring your big bold dreams to life - and rock your biz like the Circus Boss that you are!

Not sure where to start? Try our FREE mini-course, The Circus Freelancer Gig Pay Guide! 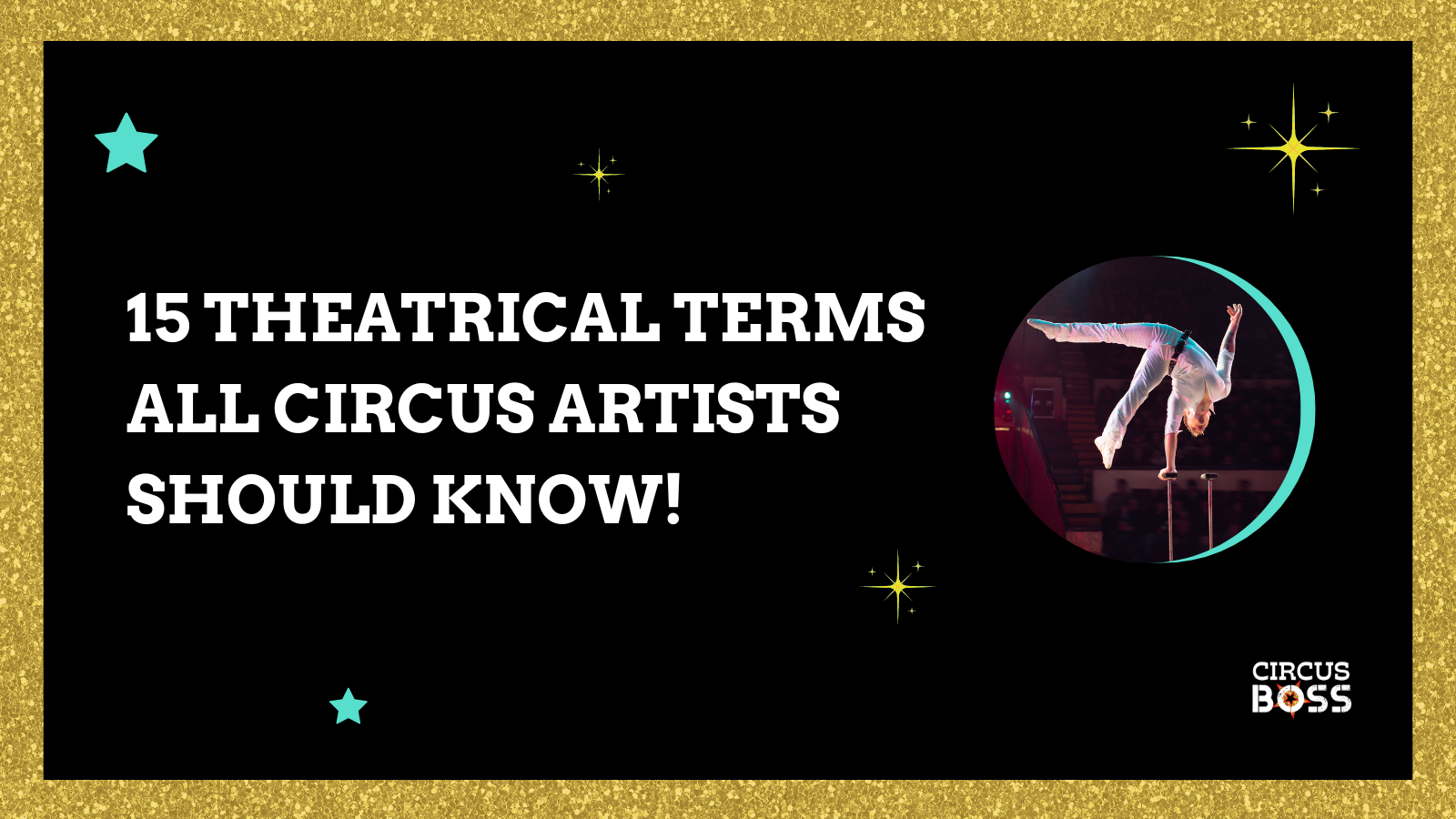 I'm sure we can all agree that communication during rehearsals and shows can make or break a production!

So I've compiled a list of some fundamental theatrical terms that all working circus professionals should know.

I recently ran lights for a circus show, and when I was communicating with a performer, I asked them to go downstage to step into the light. The performer wasn’t familiar with stage directions and stepped further away from the audience.

I noticed I had a quick judgment of this performer, that they must be a ‘green’ performer, and not very experienced. But then I checked myself, because that’s not always the case!

There are so many ways people get into circus.

Some come from dance or theater, so these terms are part of our training. But some people find their way into circus from gymnastics, or yoga, or even a departure from the ‘corporate’ world.

So, in case you haven’t learned theater terms, it’s not your fault!

Here’s a primer on fundamental terms all circus artists should know to be ready to work in ALL types of venues and theaters.

But first, back to my story for a moment. Since the performer got their stage directions reversed, I took a moment to explain the concept of where the terms ‘upstage’ and ‘downstage’ come from. You see, back in the Renaissance period, stages were ‘raked’ with the back part of the stage higher, to help the audience see all the performers better. This was before we figured out we could just make the audience seating 'raked' - getting higher the farther they are from the stage!

I’m glad we figured this out and made stages flat, because with circus acts, imagine the extra level of balance needed and how hard it would be to keep things from rolling off the front of the stage!

Stage directions like upstage and downstage are one part of a larger shared vocabulary for cast and crew to use a common language.

Here are common terms that will help you communicate more effectively with directors, tech teams and performers.

Your scheduled on-site arrival time. And if you haven’t heard this yet, “If you're early, you're on time. If you're on time, you're late.” So make sure to allow extra time for traffic, parking, and finding out where you need to be by your call time!

A directive usually given by the director or stage manager for all performers to be at the location they need to be at the top of the show. When you hear ‘Performers to places’, you should be at your starting location and ready to start your performance (or rehearsal).

Curtains, or set pieces (also called legs) on stage right and stage left that hide the backstage areas from the audience's view, and where performers make entrances from.

The area used by performers and technicians to ‘cross over’ to either side of the stage without being seen. It’s usually created by drapes or scenery, or a back hallway (and even a tunnel under the stage in older theaters!). For safety, a crossover behind the stage should have lighting, marked with glow tape, and be clear of trip hazards.

Like performing in a circus ring! This is when the audience surrounds the stage on all four sides, and the stage can be a circle or square/rectangle. Also called an Arena stage.

The name comes from the Proscenium Arch that frames the stage in traditional theaters, that serves as a portal that divides the audience from the stage. These days, it also refers to any stage configuration when the audience is placed at the front of the stage.

When a part of the stage extends out into the house, with the audience on three sides.  Also called a catwalk.

This is when performances take place in, above and around the audience. Audience can be seated, standing or walking. I see more and more performances heading in this direction, as audiences are wanting to be more involved in the experience. How can you give permission for audiences to play, and to explore the worlds we create? 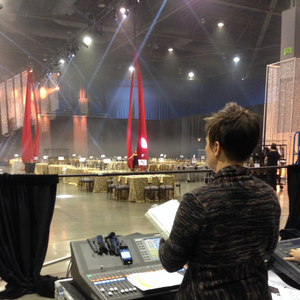 A ‘blank slate’ theater space, that is usually a smaller and more intimate room where the stage and audience can be configured in any format. Typically the walls are all painted black.

Front of house. Refers to the tech or control booth, audience, box office, concessions, lobby and all the parts of the venue that are open to the public.

Back of house, Backstage or Back Yard. These are all the areas only cast and crew have access to, like Dressing Rooms, Green Room, etc. Backstage is more used in theaters and BOH is used more in the Event Industry, where you might also have catering, etc.

This is usually a lounge with quick access to the stage. This is where performers wait in when they are not needed onstage or in their dressing rooms. There may be couches, refreshments, a monitor showing the action on stage, and an intercom system to hear the stage manager's calls.

So there you have it, 15 fundamental theatre terms that just scratch the surface of terms that every working circus professional should know, to speak the language of performing arts.

Let’s wrap up with those stage directions I talked about in the beginning!

These are directions used to communicate locations on the stage.

Orientations are taken from the performer’s perspective while on stage facing the audience. These should be second nature to you, so when a director says - come down right, you automatically know where to go!

Here are the four main directions, and then you combine these to divide the stage into nine areas.

Downstage: Towards the audience

Upstage: Away from the audience

Stage Right: To the performer's right, when facing the audience

Stage Left: To the performer's left, when facing the audience 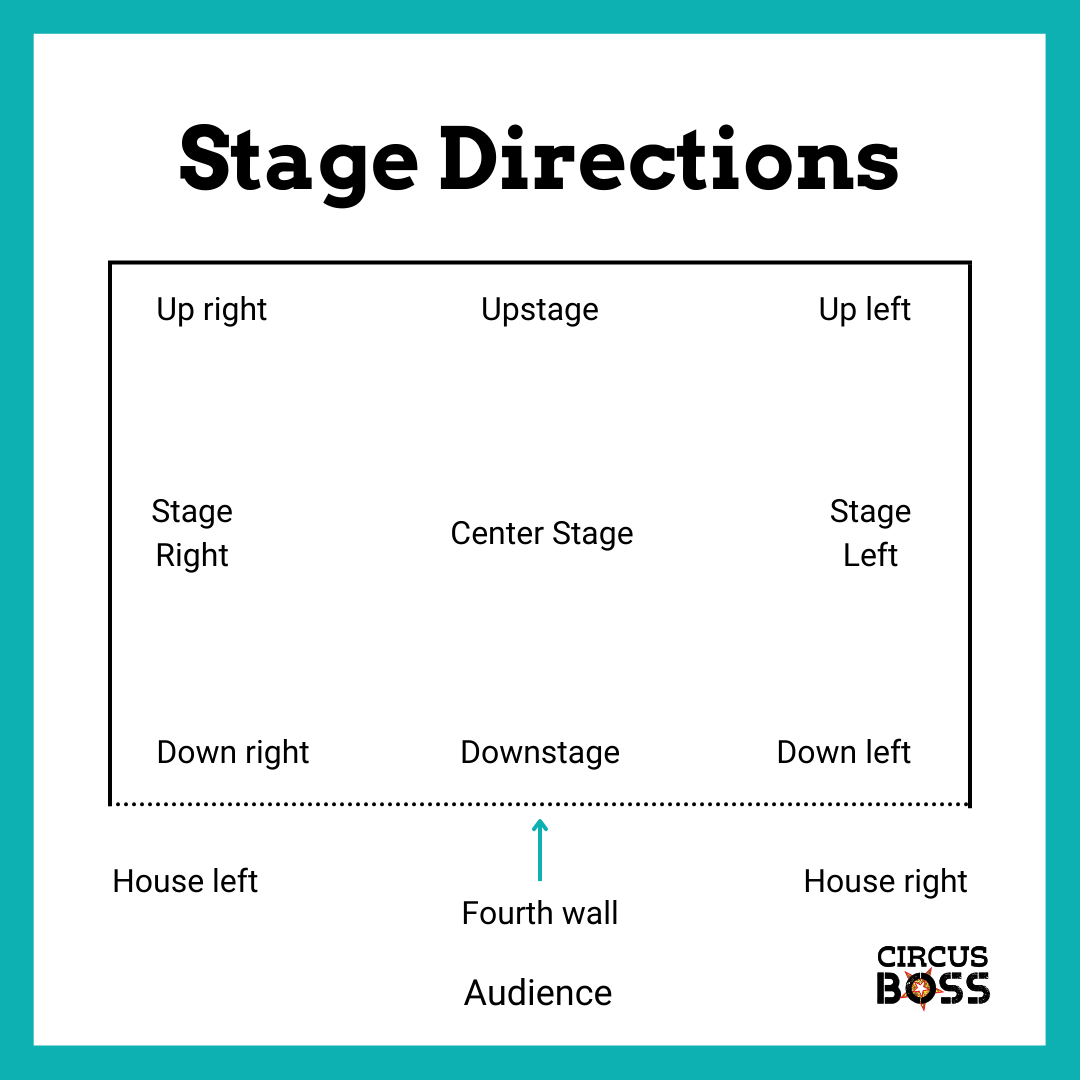 So, house right is the same as stage left

And house left is the same as stage right

What if you’re performing in the round, or in an immersive environment?

I find it helpful to still have a ‘front’ to orient to, so I usually take the location of the tech booth, or VIP seating, or some other landmark to be the ‘front’ so you can still easily communicate locations on the ‘stage’ or performance area.

Okay, now you’ve got some basic theater (or theatre) terminology under your belt!

But what if you’re hired to perform at an event - that’s nothing like a theater?

There’s so much to cover in this realm, that we’ve created a course!

ACTivate! is our first ever Act Production Course

The reality is, most event planners don’t have a theater background.

And your ‘tech team’ at an event can range from a full production crew to just a DJ.

So how can you set yourself up for success no matter the circumstances?

Learn everything you need to know about producing live entertainment at events - and confidently orchestrate all the technical support you need!

Are you ready to perform your best act ever, without the chaos of events messing everything up!

Enter your email address and we will send you a link to reset your password.